Inspiring 1,300 students and teachers to achieve the impossible through teamwork at Leaps of Knowledge

Over 1,300 students and teachers had the opportunity to hear Julia Immonen share her incredible story of why she rowed across the Atlantic Ocean at JW Marriott Kuala Lumpur last weekend. Her passion to raise global awareness for the issue of modern day slavery and human trafficking through this feat inspired the audience to use what was in their hands and make a difference.

Eager to meet such an inspiring role model in person, teachers and students from all over Kuala Lumpur and Selangor filled the hall to its maximum capacity that afternoon. We also had the Girl Guides Association of Kuala Lumpur join us. 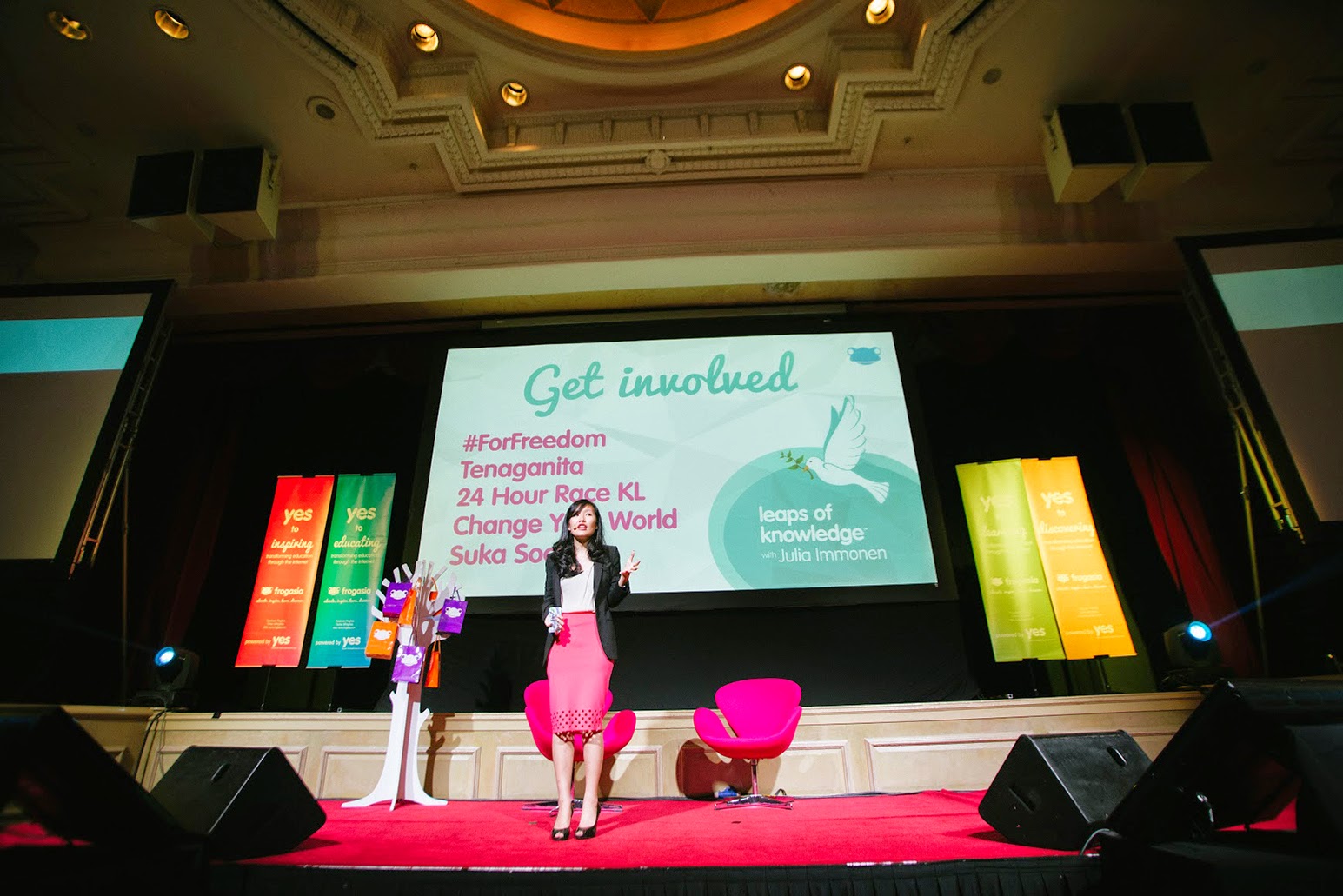 In her welcome note, FrogAsia’s Executive Director Lou Yeoh encouraged the young audience to remember that doing something about the injustice of human trafficking begins with learning to how to treat others with respect and dignity regardless of their background, culture or race. She then excitedly invited Julia to take the stage. 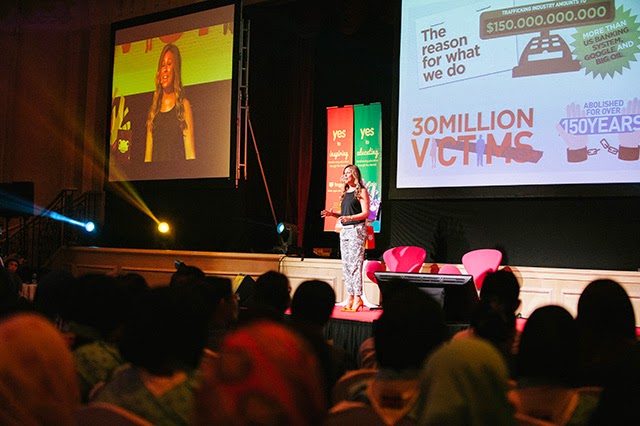 Julia explained how she first was made aware of modern day slavery when she watched the film Taken (2008) with a friend. She was compelled to begin her journey of raising awareness for this injustice by using her love for sport coupled with the power of media.

Working as a team was important as she and her crew of five women had no rowing experience prior to preparing for the 45-day journey ahead.

“We were just five ordinary women who were determined to do something that would make a huge impact for this cause,” she said.

Starting their journey from La Gomera in Spain, they battled waves that were as tall as houses, suffered blisters and sores on their hands and also had to deal with essential equipment that broke down along the way. 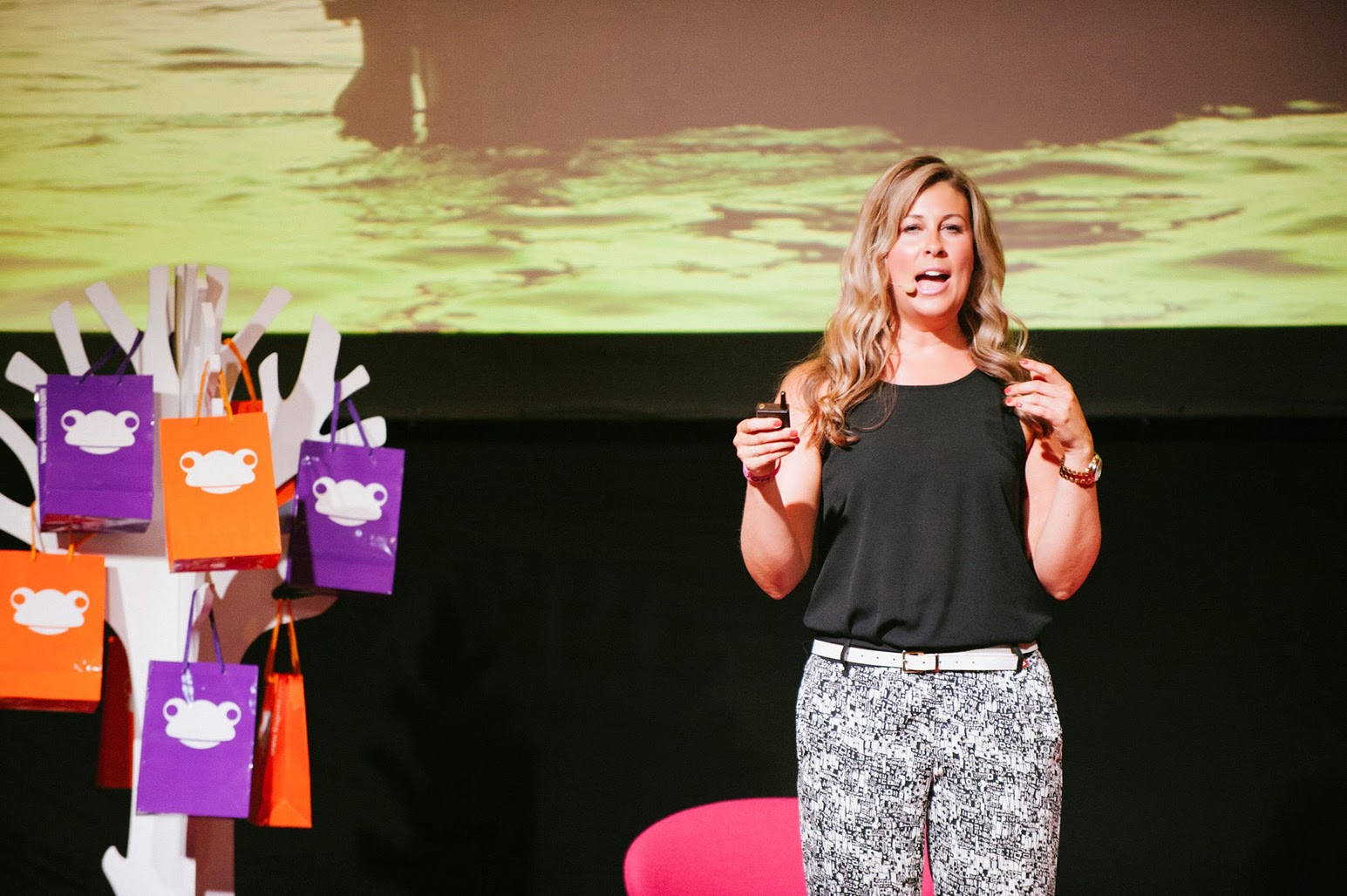 “I often thought about the millions of slaves who were transported across the very waters we were rowing on and the horror of the Trans-Atlantic slave trade. Knowing I had the
freedom to get off the boat in Barbados when millions today don’t, made my pain pale into
insignificance,” Julia said as she described their difficulties out at sea.

When she felt she couldn’t row anymore, Julia would take 27 more strokes just for the 27 million people in slavery today. She showed the audience a video of how overjoyed she and her crew members were to see their family and friends waiting for them as they reached their destination in Barbados, Cuba. 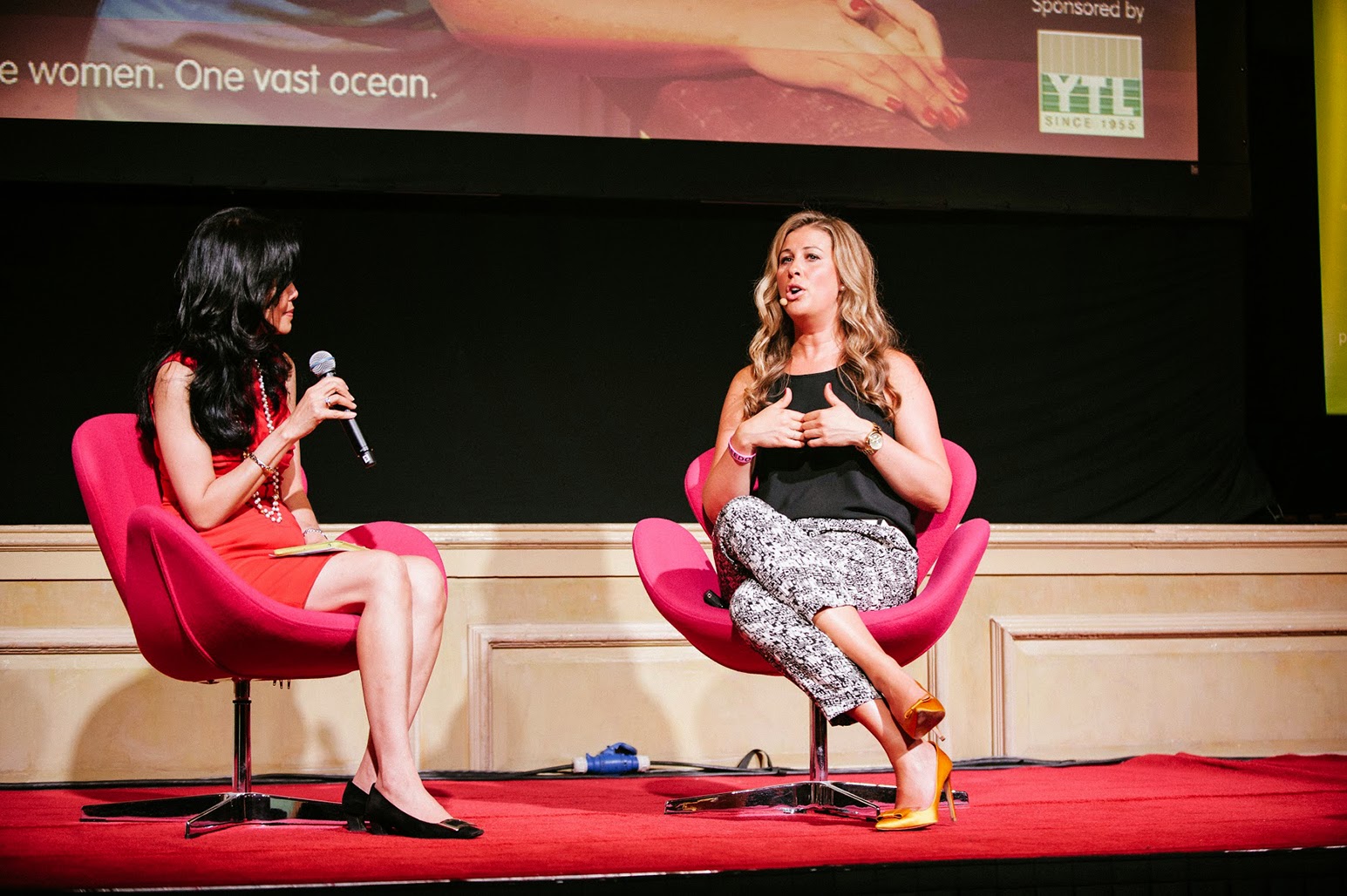 The second half of the event was a Question and Answer session hosted by Datin Kathleen Chew, YTL Foundation’s Director of Projects.

She asked Julia how students can do their part to stop human trafficking in Malaysia. Julia encouraged students to form a team with equally passionate friends and find out more about what local NGOs like Tenaganita, Suka Society, Good Shepherd and Change Your World are already doing and support their activities. 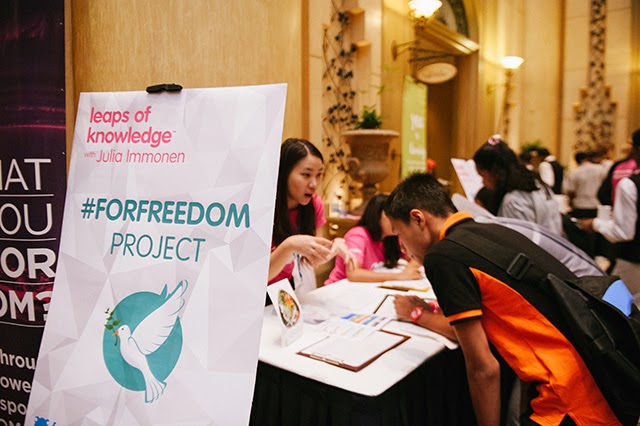 Students sign up to start a #ForFreedom project of their own

She ended her talk by challenging the crowd to never underestimate the power of teamwork and to use their individual passions whether it’s sport, baking, writing or art - to make a difference, just as she did. 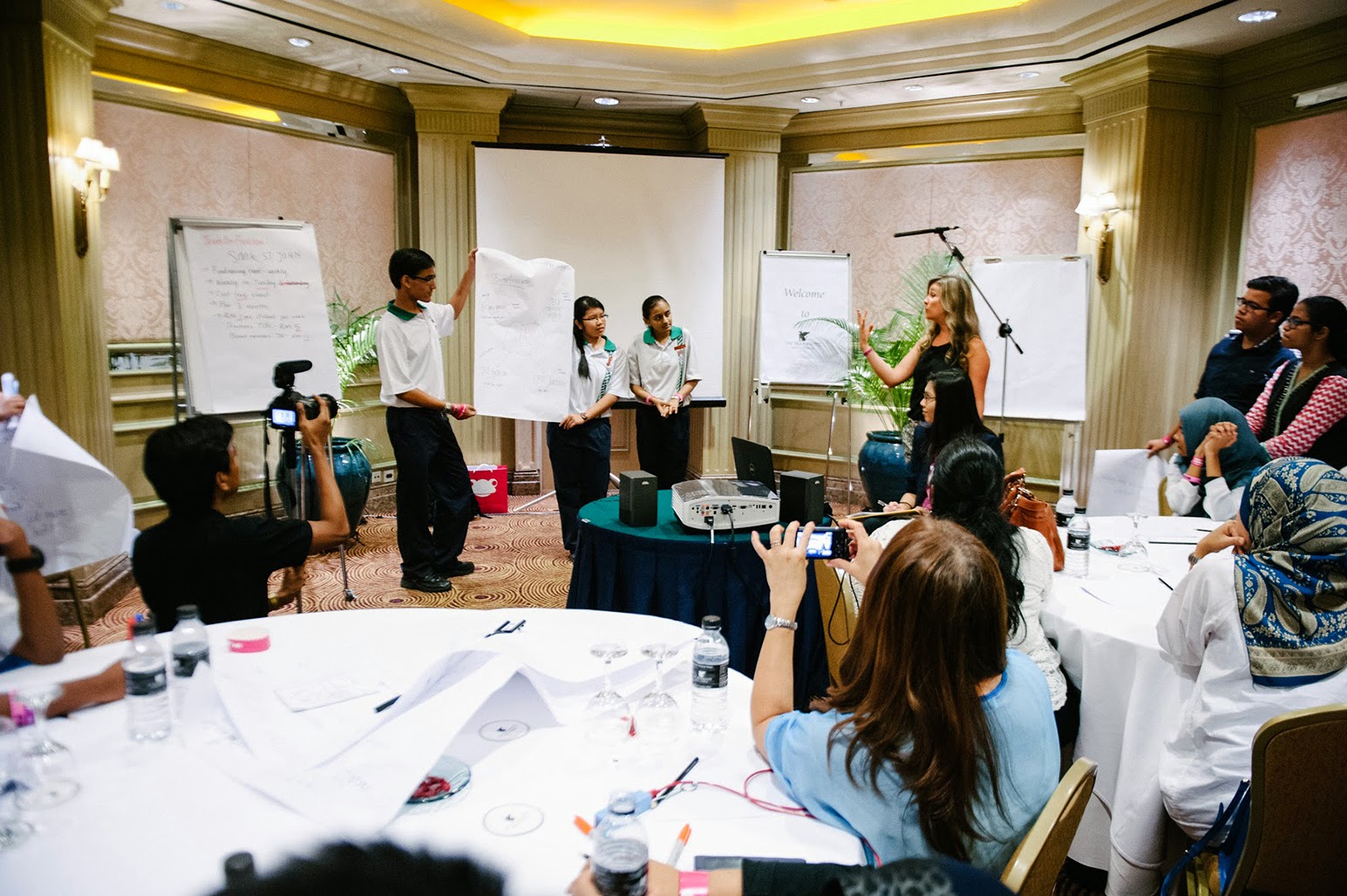 Students present their #ForFreedom project proposal at the workshop with Julia

After the talk, selected students and their teachers from SMK Putrajaya Presint 18(1), SMK Kiaramas, SM Sains Selangor, SMK St John’s, SMK Seri Bintang Utara and SMK Puchong had the privilege of attending a workshop with Julia where they brainstormed for ideas of how they too could raise awareness about human trafficking among their own schools in a creative manner. 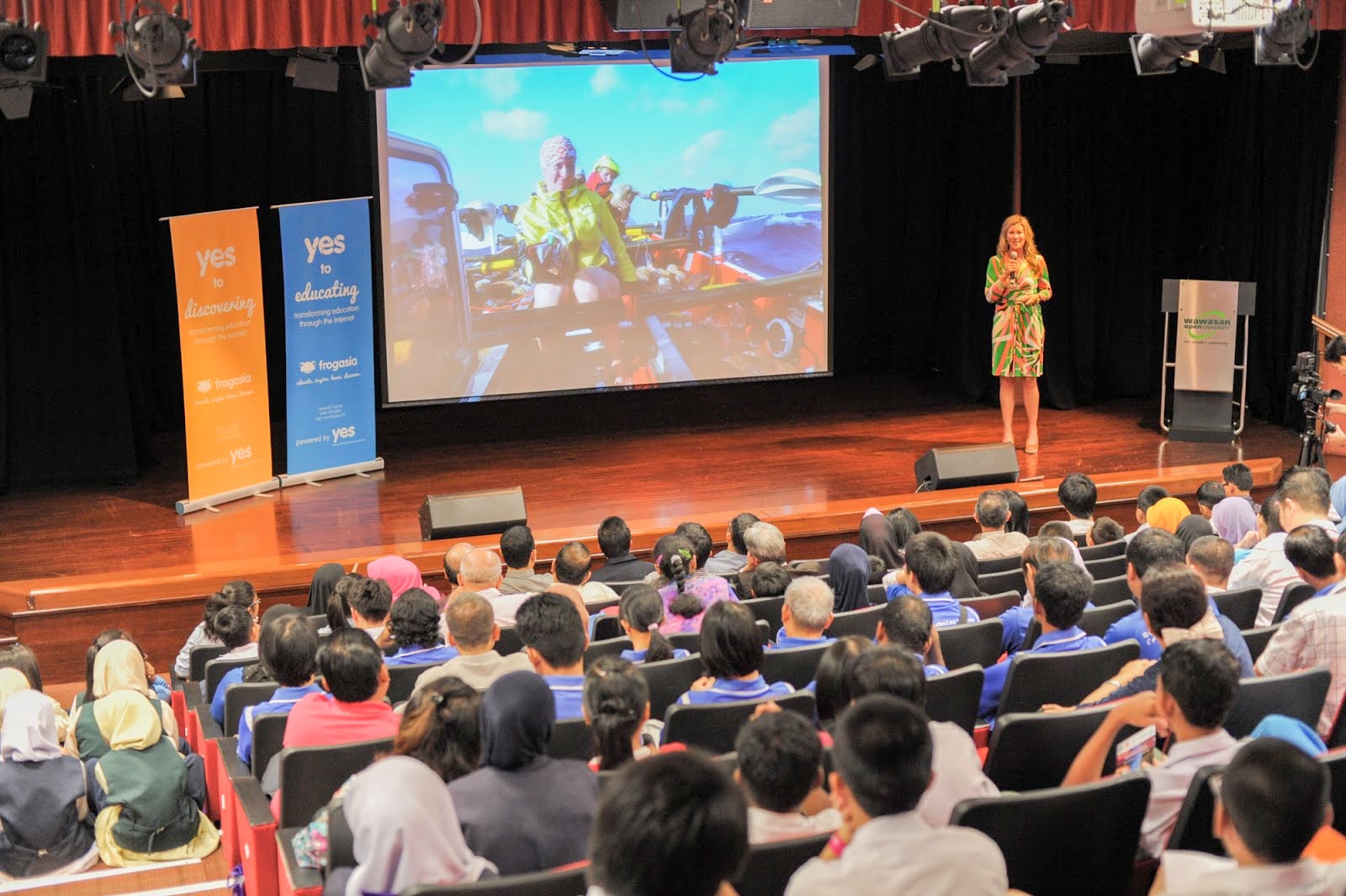 Julia inspires over 450 students at Leaps of Knowledge, Penang

FrogAsia also held a Leaps of Knowledge event in Penang where Julia was able to speak to an audience of over 450 students at Wawasan Open University, Penang. Among the audience were also students from St Nicholas Homes who had hearing and sight impairments. 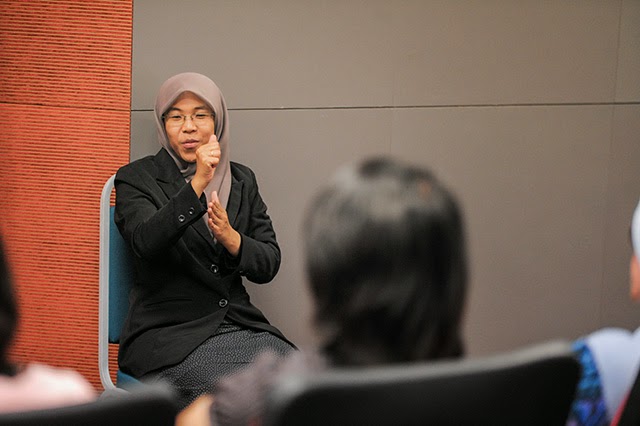 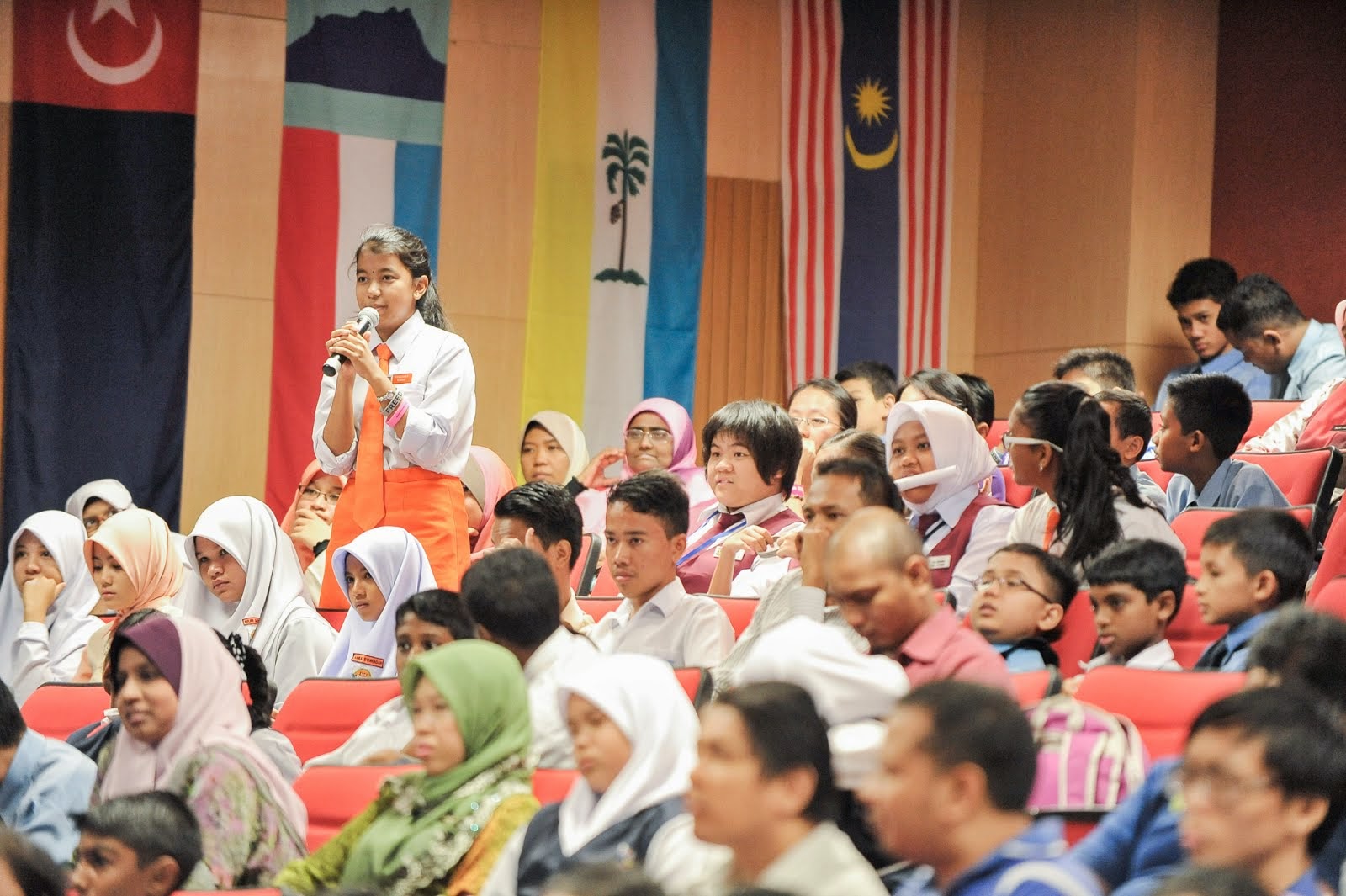 A curious student asks Julia more about her daring adventure

Julia will be back to speak at our Leaps of Knowledge Conference this November, together with other inspirational speakers in the field of leadership and education technology. Subscribe to our newsletter to find out how you can be a part of it!